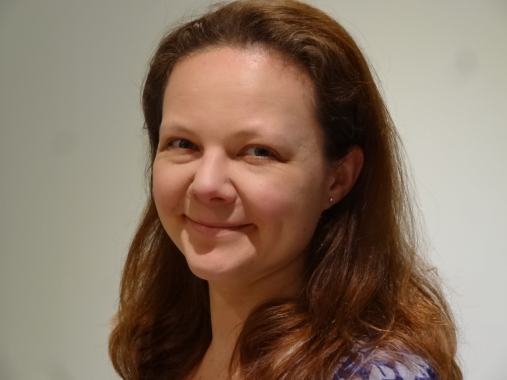 Cathy Dolbear has been around for some time. Holding a DPhil in Information Engineering she has helped Sharp as well as Motorola to develop patented personalisation and multimedia technologies. In between she developed semantic web technologies in the geospatial domain for the British mapping agency Ordnance Survey where she also researched ontology design and multi-database interoperability. In early 2012 she joined the well-established Oxford University Press (OPU) as Senior Link Architect where she works on the semantic enrichment of journals and book content, to optimise OPU’s linking, and search engine results. The search engine optimisation of OPU’s services have become a crucial over the years since access analysis has shown that most OPU products are discovered by search engines instead of library discovery services (only 0.7 %).

Hence, at the SEMANTiCS 2016, Cathy will deliver her keynote on the prevailing topic of “Enriching content with user data and semantic information”.

Q1: Which application areas for semantic technologies do you perceive as most promising?

I think semantic technologies have a really important role to play in data integration, which of course is a key issue for many different applications. Making explicit the assumptions that have been made, and the context in which the joined-up data will be used, reduces misunderstandings and improves accuracy when combining data from different sources. One promising area of semantic integration in the publishing industry is the intersection between bibliographic and product data, the content semantics and the data generated by user interaction with the content. Combined, this information can drive more meaningful and personalised search, more targeted advertising, and for publishers themselves, a better understanding of what really holds our users’ interest.

In my view, the other promising application in journals publishing, particularly in the sciences, is the ability to understand and harness not only what the article is and where it’s been published (bibliographic data) but what it’s about (hypotheses, methods, findings, conclusions, and supporting research data). Rather than discovering an article based on its title, authors, and keywords in the traditional way, giving a journal article some semantic structure enables researchers to search for those articles that support a particular conclusion, or have used a particular scientific method. The challenge is to capture that structure accurately and in a way that doesn’t put too much burden on the author whilst writing.

Q2: What is your vision of semantic technologies and artificial intelligence?

Certain AI techniques such as machine learning and natural language processing are really useful for semantic technologies, for example to extract concepts from textual data. However, since we are dealing with such high volumes of data in the applications I work with, the role of logic and reasoning is very limited. So I see the two disciplines of semantic technologies and AI as overlapping, but distinct.

Q3: How do you personally contribute to the advancement of semantic technologies?

My current role is really about moving semantic technologies into the mainstream of Oxford University Press’ publishing process, which has included a lot of outreach to explain the business benefits, as well as more technical development work to realise those benefits. For example, I’ve been working on an ontology of the concepts that Oxford University Press publishes about, and contributed to the RDFa tags embedded in many of the content pages of our online products. We’ve also just installed a Pool Party taxonomy manager, which has really helped integrate the 70-odd taxonomies being used in our business together, and enabled our team to map between them, and consolidate in several cases.

Q4: You've been actively developing solutions for multimedia & personalisation. You even hold some patents. Which semantic multimedia application would you love to see to become reality?

I started off my career in multimedia applications research, later moving into semantic technologies. Right now, I’d love to see uptake of semantic technologies with Digital Asset Management systems – current systems can struggle with the need to annotate media assets in different ways depending on the context, which is something that semantics are tailor-made for!

Conference Canceled due to COVID-19 Virus

Agile Means to Digital Transformation
Semantic Web in SQL - how that fit together
Pre-conference Webinar
The point where Semantic Technologies can be easily deployed and at reasonable costs
iNovex: Semantic Tech Experts teaming up to deliver innovative data solutions
Speakers, Companies, and Topics you don't want to miss
The future is already here — it's just not very evenly distributed
Jans Aasman - Correlations and Causation

Appetizer for SEMANTiCS Austin - the Webinar
Conference Kickoff Webinar: Knowledge Graphs, AI and Semantics: How do these technologies fit together?
Not Science Fiction - Kurt Cagle's View on Semantic Technologies
First Conference to Promote Next Generation of Transparent AI in the US

Beyond hype and pessimism: FAIR data and services
AI is Machine Learning ++
Try not to move the data.
Semantic APIs: Give Applications a Common Language

The Richness of Next-Generation Knowledge Graphs
Explainable AI is the key to progress and acceptance of AI
Will Deep Learning and Knowledge Graphs outperform Existing Systems?

This time, AI is here to stay

What to consider when you are licensing a Knowledge Organization System

Join the Vocabulary Carnival at SEMANTiCS 2018
Linking knowledge graphs and data governance along the data lifecycle
Linked Data has many “faces”
Information management unlocking the potential of AI
Service Science, Semantic Web and Big Data in Agriculture
How to define a „digital state“
Leverage your business capabilities with Open Data

This was SEMANTICS 2017
13 out of 370 Voices
Vote for the best Industry Contribution
A brief talk with keynote speakers Aaron Bradley and Eamonn Glass
Andreas Blumauer of gold sponsor Semantic Web Company: "Semantic technologies help organisations to substantially reduce its dependency on specialised IT professionals"

Ontotext is a proud sponsor of the conference with CEO Atanas Kiryakov impatient to meet you in Amsterdam
Kadaster can be characterised as an information organisation a lot of datasets and information are available at platforms and are connectable
Will semantics help disentangle the Gordian knot of Big Data in animal health
Mario Campolargo of ISA2 sees Semantics 2017 as an opportunity to go on expanding the map of semantic interoperability
DBpedia, an open project with an inclusive model.
Keynote speaker Nathalie Aussenac-Gilles about knowledge extraction and ontology engineering
MarkLogic: multi-model NoSQL database
Ordina - one of the first major IT companies in the Netherlands with focus on Linked Data

This was SEMANTICS 2016
European Linked Data Award given to Projects in Education and Legal Sector
Enriched Industry - Special Sessions
Where will we stay with semantic technologies in 10 years time?
Get to know our Gold Sponsor Ontotext with its current project Pheme

How to turn your company’s content into information - Gold Sponsor Mekon Ltd.
Taking data quality assurance as an opportunity and not only duty
Attend and contribute to the SEMANTiCS 2016 @ University of Leipzig
How to discover hidden semantics in multimedia content - Gold Sponsor MICO Project
How do semantic technologies enable the Internet of Things?

How to enrich media with semantic data models - 3+1 Feature w/ Keynote Speaker Michele Pasin (Springer Nature)
How to move business intelligence to the future – Gold Sponsor Semalytix GmbH
Where is the Semantic Web leading us to? A quick overview.

How to integrate your silos and command your Data! - Gold Sponsor eccenca GmbH
3+1 Feature: How Semantic Technology Will Change Our Present Perspective of the Past - Keynote Speaker Marie Wallace (IBM)
How Natural Language Processing will change the Semantic Web
From Taxonomies over Ontologies to Knowledge Graphs
Get to know our Gold Sponsor LEDS - Linked Enterprise Data Services

Join us for days packed with insights and contacts

12th edition of the SEMANTiCS in Leipzig

This was SEMANTICS 2015
ELDC Award: Europe's Crème de la Crème of Linked Data and Semantic Web - 1st European Linked Data Award given
3 plus 1 Feature: Christian Dirschl
Vienna supports businesses
Getting to grips with semantics in enterprise search
MarkLogic and the power of triple stores
How EBCONT uses semantics to improve business workflows
Do not miss!! Utilizing linked geospatial data for your enterprise