Our customer represents one of the fastest growing organizations in the $30B Multi-level Marketing (MLM) industry. The customer has been managing their business with a relational database solution for over four months that has unfortunately been misaligned with internal data requirements. Among the issues this customer faced with their existing solution were:

Due to the lack of documentation and understanding of the misaligned solution, the company was not able to generate quarterly business and sales reports. For example, a simple question: “How many Orders were placed in May 2015” meant numerous things to different people and departments within the organization. Is an Order;

The problem is not necessarily related to the single database underlying the e-commerce solution. The meaning (i.e semantics) of an Order affects numerous other systems/relational databases throughout the organization. As a result, the semantics of the word “Order” needed to be resolved. We normalized these meanings across data residing in disparate relational databases throughout the organization.

Traditional approaches to data integration involve the creation of a Data Warehouse and Extracting - Transforming - Loading the source data into the new target data warehouse. The problem with traditional techniques is they often employ ETL methods that take excessive time and resources, and include hidden costs that are not apparent at the beginning of a project. A NoETL approach for integrating and searching across enterprise data was utilized for this customer.

The customer acknowledged the need to create a “lingua franca” about their enterprise and was interested in different and innovative approaches to the traditional ETL data warehouse integration techniques.

The definition of a Lingua Franca implies the creation of an Ontology. An initial step is to look at what are the existing ontologies that could be reused. The two that we referenced were; GoodRelations and Schema.org. However, the needs of the customer were more specific so it was clear that a customized ontology need to be created. In order to create the ontology for the customer, our methodology consists of bootstrapping the Enterprise Ontology from the relational database schema.

Another lesson learned is that there is no easy answer to the meaning of terms. It is important to start with a hypothesis, extract the data, share the results with others in the enterprise to see if they agree, collect feedback and iterate.

Benefit of the Semantic Solution

The end goal is to answer business questions. We focused on a set of questions related to Orders. These questions were represented as SPARQL queries.

By representing the enterprise domain as an Ontology and using the Ultrawrap tool, we were able to provide answers to the MLM organization’s most pressing business questions. Creating a virtual semantic warehouse enables us to answer these business questions in 2 short weeks compared to the ongoing implementation of their misaligned application solution which has been in production for four months. This represent a 400% improvement in speed to value which represent an 8x reduction in resources for the MLM organization. 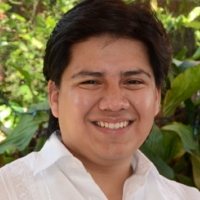 Juan F. Sequeda is the Principal Scientist at data.world. He joined through the acquisition of Capsenta, a company he founded as a spin-off from his research. He holds a PhD in Computer Science from The University of Texas at Austin.